The report claims it is easier for men to succeed in the City despite making mistakes. 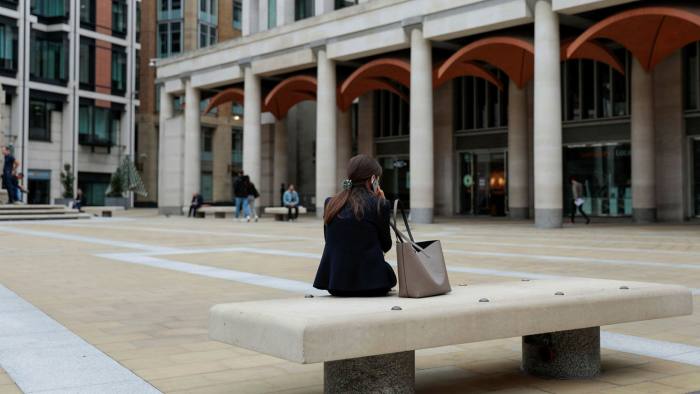 The founding director of The Inclusion Initiative said there had been progressing in the City but “we’re still very, very far away from equality”. Careers for some women in finance are being held back by “mediocre” male middle managers adept at playing internal politics, according to a report backed by some of the City of London’s largest financial institutions.

Research by Women In Banking and Finance and the London School of Economics — which has been supported by groups such as Goldman Sachs, Barclays and Citi, as well as the Financial Conduct Authority — also found a tendency among such managers to fake empathy when managing women, recognising that the trait was now seen as valuable.

The authors of the report said this tendency was a particular worry given the need for greater management skills during the pandemic. Women in finance perceived they had to show sustained excellence to progress, the research found, with more room for men to make mistakes or be average performers.

Various reasons were given for this, from male-dominated social scenes, disrupted careers owing to maternity leave and a bigger reluctance to manage out men regardless of ability as they were still viewed as breadwinners.

The study — which uses qualitative research based on interviews with 79 women in the City carried out by the London School of Economics — covers businesses in banking, asset management, professional services, fintech and insurance. Women in Banking and Finance is a non-profit organisation founded in 1980 and staffed mainly by volunteers.

Grace Lordan, an associate professor at the LSE and founding director of The Inclusion Initiative, said there was a perception among women interviewed that it was “much more likely to be average men who ended up being the gatekeepers for the younger women who were coming through”.

She said there had been progressing made in the City but “it’s nowhere near equality . . . we’re still very, very far away from equality”.

The research highlighted the problems many women still face in their careers in the City, even as boardroom data suggest improvements among the numbers of female non-executives. The numbers of female chairs, chief executive or finance chiefs are much lower, and campaigners have warned there are problems bringing women to top managerial positions to feed this talent pool.

In front office roles specifically, women viewed themselves as more visible given they were a clear minority, and so scrutinised more. Of the interviewees, 11 were black women, several of whom said their performance level had to exceed both men and white women to receive the same recognition.

Lordan said more subtle discrimination was harder to fight. “In the 80s, you would know if somebody was being negative towards you within financial professional services. [Now] it’s much more subtle and being able to fight back against that is really, really difficult.”

Lordan said often women were not specifically being held back, but that men were more likely to go out of their way to enhance the career of somebody who was more like them.

“So tending to be excluded for things, not necessarily being given opportunities [or] being in front of the senior leaders, having their ideas misrepresented as being from someone else rather than themselves.”

The report identified ten areas where companies could take action, aiming to help improve the culture around advancement prospects.  These included audits of the allocation of “stretch” assignments, pay increases and promotions, encouraging flexible work styles, and redesigning bonuses to reflect the performance of team members and working collaboratively.